Can Mexico Re-brand itself?

Can Mexico re-brand itself? 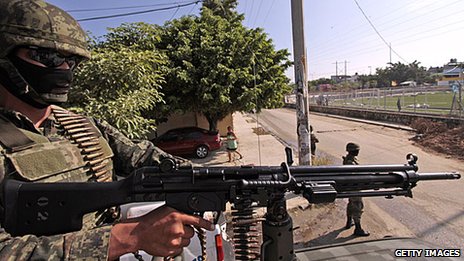 Can you re-brand a country in the same way you might re-brand a packet of soap powder?

Some in Mexico are hoping you can after the intensive media coverage of drug cartels, violence, murder and kidnappings in the country.

Mexico’s President Felipe Calderon has called in a British expert on country branding for advice, and the country’s tourism industry is now headed by a man who has worked for some of the biggest consumer brands in the world.

More than 47,500 people have been killed since 2006 in drug-related incidents, with the numbers of tourists and investors going to Mexico well down as a result.

Simon Anholt is an expert on the branding of countries. He thinks Mexico’s image problems go much deeper than the negative reports of drug violence. 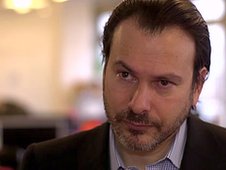 The first thing you have got to do without any shadow of doubt is fix the product.

"The psychological diagnosis is extremely low self-esteem," he said.

"Mexico has been trying for nearly 300 years to emerge in some way in the mighty shadow of the United States, and partly as a result of that it has simply never bothered to present itself to the rest of the world."

Mr Anholt has advised the governments of more than 40 countries on questions of national identity, reputation, trade, tourism and foreign relations.

He produced a detailed report on Mexico’s image for the president which concluded that Mexico had "an already weak and in some cases badly flawed reputation" which was "undergoing a further downward correction".

Much of the report was based on the 2010 Anholt-GfK Roper Nation Brands Index, which ranked Mexico 31st out of 50 countries by public perception. The US came top at number one.

Nearly 20,000 people in 20 countries are questioned each year for the poll. Respondents are asked more than 40 questions about their perceptions of the 50 countries.

Mexico got some of its best rankings from other Latin American countries but its US neighbour ranked it very close to the bottom at 42nd.

Most respondents in the 20 countries polled regarded Mexico as less beautiful than Finland, having no more cultural heritage than Scotland, less attractive as a tourist destination than Belgium and virtually on a par with the United States for being rich in historic buildings.

One man hoping to transform Mexico’s image is Gerardo Llanes, who took up the post of executive director for marketing at the Mexico Tourism Board a year ago.

Is San Miguel a model for the future of tourism in Mexico?

He has previously worked for some of the world’s biggest brands, including Kellogg’s and Coca Cola, and is credited with launching Diet Coke in Mexico.

One of his first priorities was to tackle the falling numbers of tourists from the United States and Canada – countries which Mexico is most dependent on for visitors.

His campaign aimed at North America shows Americans, filmed by hidden cameras in taxis, talking about their holidays in Mexico.

"That has built the credibility of our message because it is not me or Mexico’s tourism board talking to you – it is real Americans telling their real stories about their vacations."

But he acknowledged that PR alone would not solve the image problem. Mexico’s problems are tied up with the international demand for drugs and a need for social reform at home.

"We need more social equality so that people who might be thinking of becoming bad guys might not think about it because they can have other opportunities."

There are signs the PR campaign is working.

Although tourist numbers are dramatically down in Acapulco , which has seen some of the worst of the violence, other areas are seeing a revival. December 2011 showed an overall 10% increase on the previous year.

PR is fine for promoting tourism, Mr Anholt argues, but it won’t change a country’s image. 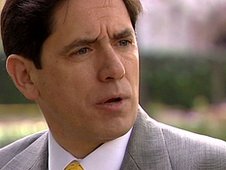 "If you are talking about the overall reputation of the country, that’s not subject to marketing because it is not a product for sale.

"There is no point in standing around moaning about Mexico’s image when hundreds, thousands of people are being killed each year.

"It is not Mexico’s fault, if it is anybody’s fault it is America’s fault, but they have still got to fix it."

President Calderon has himself pointed the finger at the United States.

He has said the problem of drugs trafficking stems from the fact that Mexico’s neighbour – the US – is the largest consumer of drugs in the world.

And many of the guns used by the drug gangs are being smuggled in from the US.

Two independent US reports have recently highlighted the scale of the problem. One by the US state department estimated that as much as 90% of all cocaine consumed in the US came via Mexico.

A second report by the US Senate, Halting US Firearms Trafficking to Mexico, suggested that some 70% of firearms recovered from Mexican crime scenes in 2009 and 2010 and submitted for tracing came from the US.

More than 50,000 troops and federal police in Mexico are now actively involved in the fight against the cartels.

Mr Anholt said one way for Mexico to boost its image would be to find new, imaginative and effective ways of tackling the drugs problem.

The country could demonstrate international leadership by offering solutions to other problems too such as climate change, poverty and inequality.

"Then people will start looking to Mexico as a place that is not a victim of its problems but a leader in resolving those problems and then the change begins to happen," he said.