Why Bilinguals Are Smarter 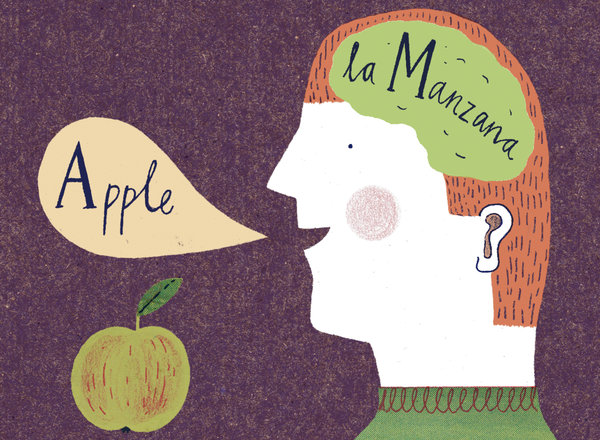 SPEAKING two languages rather than just one has obvious practical benefits in an increasingly globalized world. But in recent years, scientists have begun to show that the advantages of bilingualism are even more fundamental than being able to converse with a wider range of people. Being bilingual, it turns out, makes you smarter. It can have a profound effect on your brain, improving cognitive skills not related to language and even shielding against dementia in old age.

This view of bilingualism is remarkably different from the understanding of bilingualism through much of the 20th century. Researchers, educators and policy makers long considered a second language to be an interference, cognitively speaking, that hindered a child’s academic and intellectual development.

They were not wrong about the interference: there is ample evidence that in a bilingual’s brain both language systems are active even when he is using only one language, thus creating situations in which one system obstructs the other. But this interference, researchers are finding out, isn’t so much a handicap as a blessing in disguise. It forces the brain to resolve internal conflict, giving the mind a workout that strengthens its cognitive muscles.

Bilinguals, for instance, seem to be more adept than monolinguals at solving certain kinds of mental puzzles. In a 2004 study by the psychologists Ellen Bialystok and Michelle Martin-Rhee, bilingual and monolingual preschoolers were asked to sort blue circles and red squares presented on a computer screen into two digital bins — one marked with a blue square and the other marked with a red circle.

The collective evidence from a number of such studies suggests that the bilingual experience improves the brain’s so-called executive function — a command system that directs the attention processes that we use for planning, solving problems and performing various other mentally demanding tasks. These processes include ignoring distractions to stay focused, switching attention willfully from one thing to another and holding information in mind — like remembering a sequence of directions while driving.

Why does the tussle between two simultaneously active language systems improve these aspects of cognition? Until recently, researchers thought the bilingual advantage stemmed primarily from an ability for inhibition that was honed by the exercise of suppressing one language system: this suppression, it was thought, would help train the bilingual mind to ignore distractions in other contexts. But that explanation increasingly appears to be inadequate, since studies have shown that bilinguals perform better than monolinguals even at tasks that do not require inhibition, like threading a line through an ascending series of numbers scattered randomly on a page.

The key difference between bilinguals and monolinguals may be more basic: a heightened ability to monitor the environment. “Bilinguals have to switch languages quite often — you may talk to your father in one language and to your mother in another language,” says Albert Costa, a researcher at the University of Pompea Fabra in Spain. “It requires keeping track of changes around you in the same way that we monitor our surroundings when driving.” In a study comparing German-Italian bilinguals with Italian monolinguals on monitoring tasks, Mr. Costa and his colleagues found that the bilingual subjects not only performed better, but they also did so with less activity in parts of the brain involved in monitoring, indicating that they were more efficient at it.

The bilingual experience appears to influence the brain from infancy to old age (and there is reason to believe that it may also apply to those who learn a second language later in life).

In a 2009 study led by Agnes Kovacs of the International School for Advanced Studies in Trieste, Italy, 7-month-old babies exposed to two languages from birth were compared with peers raised with one language. In an initial set of trials, the infants were presented with an audio cue and then shown a puppet on one side of a screen. Both infant groups learned to look at that side of the screen in anticipation of the puppet. But in a later set of trials, when the puppet began appearing on the opposite side of the screen, the babies exposed to a bilingual environment quickly learned to switch their anticipatory gaze in the new direction while the other babies did not.

Bilingualism’s effects also extend into the twilight years. In a recent study of 44 elderly Spanish-English bilinguals, scientists led by the neuropsychologist Tamar Gollan of the University of California, San Diego, found that individuals with a higher degree of bilingualism — measured through a comparative evaluation of proficiency in each language — were more resistant than others to the onset of dementia and other symptoms of Alzheimer’s disease: the higher the degree of bilingualism, the later the age of onset.

Nobody ever doubted the power of language. But who would have imagined that the words we hear and the sentences we speak might be leaving such a deep imprint?

Yudhijit Bhattacharjee is a staff writer at Science.

2 responses to “Why Bilinguals Are Smarter”