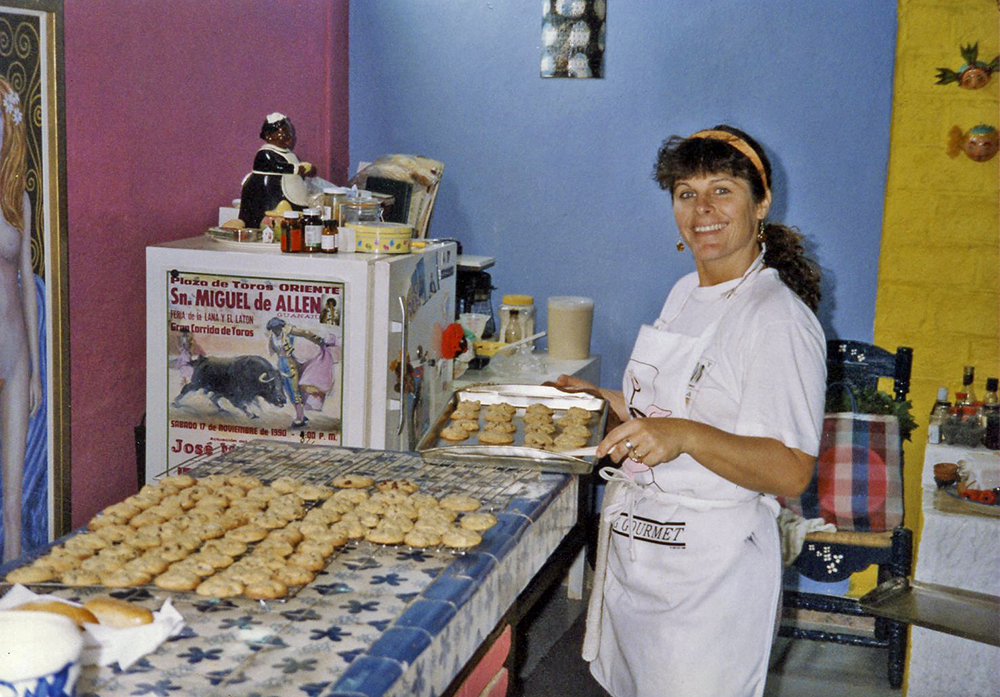 When Warren and Tuli arrived in SMA Warren started teaching immediately. After getting settled in their apartment Tuli realized she needed to create a life here in Mexico. She was a licensed Massage therapist and also a baker.  As Warren was creating his methodology, Tuli was massaging and also found a niche in that the local restaurants and specialty stores did not offer tasty desserts. She imported all the ingredients and create Tuli’s Dulces. She was just learning Spanish and had her notes and had memorized her promotion as she went restaurant to restaurant selling her baked goods. It took a lot of courage to get out there but with her winning smile and personality Tuli’s Dulces were known as the best desserts in town!